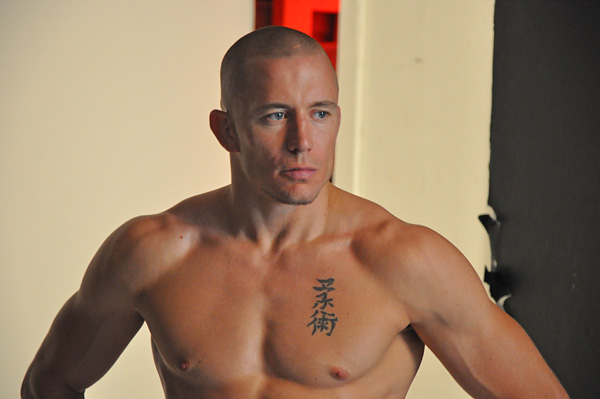 
If you are a mixed martial arts fan, you know the sinking feeling all too well, especially this year.

It happened again on Saturday at “The Ultimate Fighter 16” Finale, when rumors of a sick and nauseous Jamie Varner began to make their way from the Hard Rock Hotel and Casino in Las Vegas to the social media pipeline. Leading up to this weekend’s twin bill of Ultimate Fighting Championship action, Varner’s matchup with Melvin Guillard was arguably the most anticipated bout of the promotion’s 48-hour MMA binge, along with the UFC on FX 6 pairing of Hector Lombard and Rousimar Palhares.

Withdrawals and cancellations have been the norm in 2012, but the slugfest between Varner and Guillard appeared to be safe. The fighters had made it through camp and weigh-ins. All that was left was to put on the gloves and step into the Octagon. Then, suddenly, reports surfaced that Varner, as UFC President Dana White so eloquently put it, was vomiting “like the Exorcist” backstage, leaving the Nevada Athletic Commission no choice but to cancel the fight.

Mishaps, ailments and maladies are not always so courteous as to announce their presence weeks and months before a scheduled event. Sometimes they prefer to give a few days -- or hours -- of notice instead. Just ask Tim Means, who took a spill in the sauna just one day before he was set to compete at UFC on Fox 5; or Sean Loeffler, who injured his ankle during warm-ups before he was to face Buddy Roberts at UFC on Fuel TV 1; or even Marcin Held, whose fight with Dave Jansen at Bellator 84 was nixed by Indiana’s gaming commission at the last minute because he was 20 years old.

No matter how hard a fighter, a promoter or an organization might try, there are just some things that cannot be accounted for, some things that will inevitably force everyone involved to call a disappointing, yet necessary, audible.

“No, he’ll never get the chance to fight me,” said Guillard when assessing the chances of a future meeting with Varner shortly after the cancellation of their bout was officially announced. “I thought what he did tonight was cowardly. I lost all respect for him. I have a level of respect for him as a person but not as a fighter.”

File Photo
Illness forced Varner’s last-minute exit.
Not so fast, Melvin. White had already made the call that the fight would be moved to UFC 155 on Dec. 29, which had an opening because Forrest Griffin withdrew from his co-main event clash against Phil Davis due to a knee injury. For a change, things worked out pretty well, and a fight people were excited to see will only be delayed for two weeks.

“That’s cool,” Guillard responded. “I just hope he doesn’t back out again. The UFC might want to line someone else up to fill in if he backs out again.”

In reality, cowardice had nothing to do with Varner’s sudden withdrawal. The former World Extreme Cagefighting champion had taken his two previous fights on short notice and against high-level competition in Edson Barboza and Joe Lauzon. Bowing out at the last minute was never part of the plan.

Still, Guillard does touch on one important point: in the current, injury-plagued UFC climate, it never hurts to have a backup plan. Obviously, it is unrealistic to expect a stable of alternates to be available at every event -- the big payoff of a grueling camp is actually getting a guaranteed fight at the end of it -- but it makes sense to at least attempt to have other options available when it comes to big-ticket fights.

Call it the lesson learned from UFC 151, an event that depended so heavily on its main event that it fell apart when Jon Jones elected not to face replacement opponent Chael Sonnen on just eight days’ notice. Nixed fights are inevitable in this day and age, but another canceled card would be disastrous, which is why you can now start to see contingency plans being adopted within the structure of future fight cards.

UFC 158 is already shaping up to be one the most anticipated and controversial happenings of 2013. The three bouts officially announced on Saturday -- Georges St. Pierre vs. Nick Diaz, Carlos Condit vs. Rory MacDonald and Johny Hendricks vs. Jake Ellenberger -- reflect the depth and talent of the promotion’s welterweight division, even if everyone does not agree with the matchups.

The debate regarding who should be paired with who will rage on until March 16 arrives, that much is certain. Some, like St. Pierre himself, believe GSP-Diaz is the biggest fight that can be made at 170 pounds right now. Others feel that Hendricks has been unfairly bypassed as the rightful No. 1 contender. Still others wonder how MacDonald gets to pick the site for his return bout with Condit after losing on home soil the first time. What most everyone can agree on is that it will be one tremendously talented grouping of welterweights, assuming everyone makes it to the Bell Centre in Montreal unscathed.

Even if initial plans fall apart, the card has been created to hope for the best while expecting the worst. It is no secret that Diaz is not the most reliable of characters, but if he falters along the way to Montreal, it should be less difficult than usual to find someone to take his place; and if someone else falls victim to injury along the way, the same rule applies. St. Pierre’s absence would be the most catastrophic, but would not Diaz-Hendricks make for a tasty alternative?

“[The division] is stacked. This is basically a little welterweight tournament with all the best welterweights in the world,” White told Sherdog.com after “The Ultimate Fighter 16” Finale.

It never hurts to have options.