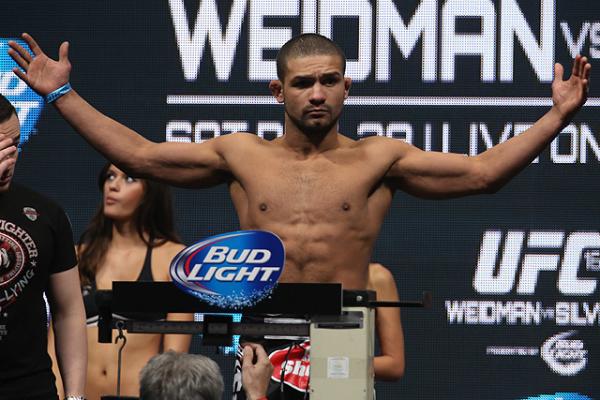 The UFC’s Brazilian branch Monday announced that Brandao has been forced to withdraw from his featherweight bout against Brian Ortega at “The Ultimate Fighter: Brazil 3” finale due to an undisclosed injury. It is unclear if a replacement opponent will be found for Ortega.

The “TUF: Brazil 3” finale takes place at Ibirapuera Gymnasium in Sao Paulo and is headlined by a heavyweight clash between Stipe Miocic and Fabio Maldonado.

Brandao was on the other side of the coin in March, when his matchup with Will Chope was pulled from UFC Fight Night “Shogun vs. Hendo” on the day it was supposed to take place. The cancellation occurred after Chope was released from the UFC when it came to light that he had been discharged from the Air Force for assaulting his wife in November 2009.

Brandao last competed in December, when he suffered a first-round knockout loss to Dustin Poirier at UFC 168. The “TUF 14” winner is 4-2 inside the Octagon, with triumphs over Dennis Bermudez, Joey Gambino, Pablo Garza and Daniel Pineda.