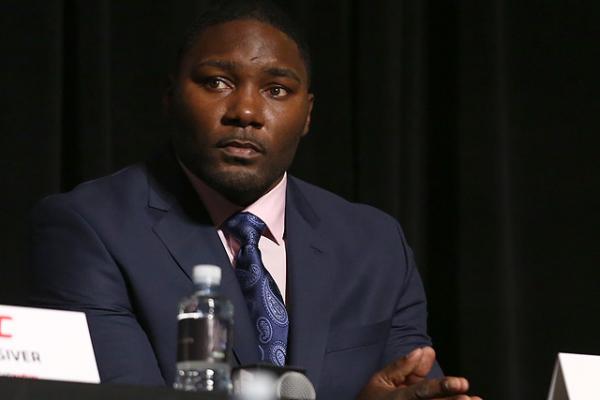 There are new No. 1 contenders in the Ultimate Fighting Championship light heavyweight and featherweight divisions.

At UFC on Fox 14 in Stockholm, Anthony Johnson staked his claim as the next challenger to pound-for-pound ruler Jon Jones’ throne with a crushing, first-round stoppage of Alexander Gustafsson. “Rumble” has bested Gustafsson, Antonio Rogerio Nogueira and Phil Davis since rejoining the UFC nine months ago, propelling him to the No. 2 position in these rankings. With the loss, Gustafsson drops one spot to No. 3.

On the same card, Ryan Bader narrowly edged Davis in a three-round decision, earning Bader his first ranking in the light heavyweight top 5.

Meanwhile, at featherweight, brash Irish striker Conor McGregor continued to back up his many words on Jan. 18 with a fifth consecutive win inside the Octagon. While McGregor’s second-round drubbing of Dennis Siver does not move him from the No. 6 ranking at 145 pounds, it has earned him a shot at the division’s undisputed king, Jose Aldo.

Bellator MMA featherweight ace Patricio Freire overcame low blows, eye pokes and a nasty cut to defend his belt and submit Daniel Straus in their Jan. 16 rematch. “Pitbull” moves up one spot to No. 9 with the victory, while Straus falls from the ranks of the contenders, making room for Hacran Dias.

In other recent action, Gegard Mousasi held his place as No. 9 middleweight with a first-round stoppage of Dan Henderson, while Jake Shields remained at No. 9 in the welterweight rankings by submitting Brian Foster in a World Series of Fighting No. 1 contender’s bout. At lightweight, a controversial win over Benson Henderson moves Donald Cerrone up to No. 4, while former Strikeforce ace Gilbert Melendez drops three spots to No. 5 after losing two of his first three UFC appearances.