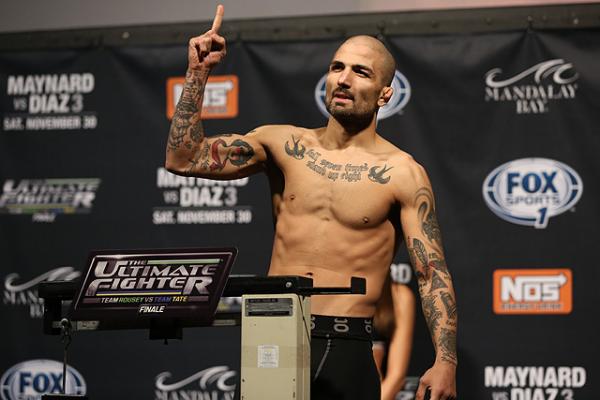 
While Akira Corassani hasn’t actually used the word “retirement,” the Swedish featherweight is giving every indication that he plans on calling it a career.

Following a first-round knockout loss to Sam Sicilia at UFC on Fox 14 this past Saturday, Corassani posted the following on his Facebook page:

I got into to this to challenge myself, get kicks and thrills and live life as close to Van Damme in Bloodsport as possible. I was 22 years old working at a factory confused and bored when I made a bet with my co-workers to become a fighter. They laughed and I said WATCH! I did it all and holy smoke what an adventure it has been. I feel like I could write at least 8 books about my journey, the behind the scenes stuff and other craziness. If I found lamp today and rubbed it and a genie popped out and asked me to make a wish I would say "I wish every human being on earth could experience everything I have. Along the way I never thought of how many people I'd inspired, entertained and upset (mostly keyboard warriors). It is with deep joy I write this, I am full and content and I would never want to change a single thing. My brain has filed for a divorce and doesn't want to cooperate anymore. The passion and the technique is there but every car has a date (except for the Swedish Volvo 740). I feel like I have so much to share, show and talk about and I will in the future... From the bottom of my heart... THANK YOU ALL FOR THE WONDERFUL 12 YEARS AND I TRULY LOVE AND APPRECIATE THAT YOU TUNED IN. It was all my pleasure folks. I salute you, THE END!?

The loss to Sicilia was the third straight for Corassani, who also suffered knockout defeats against Dustin Poirier and Max Holloway in 2014. The 32-year-old Renzo Gracie Jiu-Jitu product was a member of “The Ultimate Fighter 14” cast, where he lost to Dennis Bermudez in the show’s semifinals.

Things went relatively well for him in the UFC before the recent three-bout skid. Corassani debuted in the Octagon at UFC on Fuel TV 5, taking a split decision triumph over Andy Ogle. He then outpointed Robbie Peralta at UFC on Fuel TV 9 and defeated Maximo Blanco at the “TUF 18” finale when Blanco was disqualified for landing an illegal knee. Corassani has a 12-6 career record overall, with seven of those triumphs coming by way of decision.