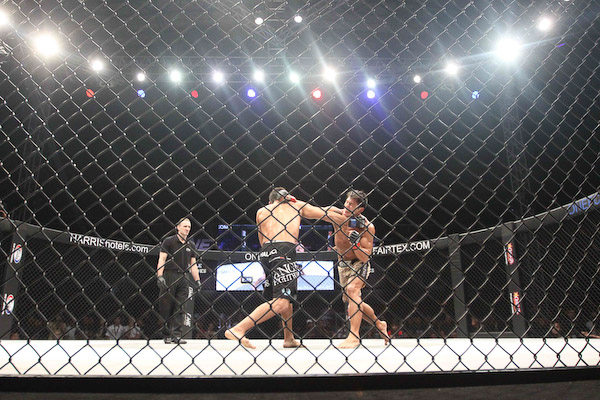 Ahead of the show, One FC owner and CEO Victor Cui spoke to Sherdog.com about the upcoming event and the future of One FC.

Your fourth event, “Destiny of Warriors,” takes place on Saturday in Kuala Lumpur. Previously, your events have streamed live worldwide on Sherdog.com and, more recently, YouTube. As this is your first PPV stream, what is the No. 1 reason readers should put up the $9.99 and check out One FC 4?

We've got up-and-coming stars like Eric Kelly, Bae Young Kwon and Zorobabel Moreira, and at the top of the card are some of the most popular fighters that we have ever had on a One FC card -- “Babalu” in his first fight in over a-year-and-a-half, and Roger Huerta, who is one of the most recognizable faces in MMA and now lives in Asia. They are all going to be exciting fights, and the thing about One FC is that on average only 25 percent of our fights go to a decision. You know you are going to get exciting fights with plenty of submissions and knockouts, which is what fans want to see. The stadium is sold out, so the atmosphere is going to be incredible.

Earlier this month, you hosted One FC's first MMA summit. What do you think was accomplished by that gathering of professionals, and do you plan to host more of the events in the future?

The One FC summit was just the beginning, and in the future it will be expanded to involve more delegates, more sponsors and more equipment manufacturers to take it to another level -- maybe even an awards show.

One of the videos from the summit circulating online features One FC official Matt Hume discussing the blended rule set and scoring variations in your organization contrasted against the unified rules of MMA. One FC allows the use of elbows, knees and soccer kicks on the ground and emphasizes attempts to finish the fight in the scoring criteria. Do you think these qualities make your brand of MMA better or more exciting than the MMA contested under the unified rules?

One FC wants to take the best practices from the East and the West, and that's what we did with our rule set, our safety [precautions] and our fighter matchups. That philosophy runs right through the organization. Both rule sets have a lot to offer and have a strong following from MMA fans.

Your promotion was built on the principle of uniting Asian mixed martial arts across borders and showcasing the best fighters throughout Asia. How successful do you believe you have been up to this point in accomplishing those goals, and which fighters have you most enjoyed seeing compete in the One FC cage?

The One FC summit was a seminal moment for Asian MMA with everybody coming together, and we agreed to take a unified approach toward things like the safety of the sport. We have since seen several countries set up Asian MMA organizations supported by the One FC network.

The fight between Eduard Folayang and Ole Laursen was a classic, it was fight of the night at our last show in Singapore and it was a real war. I'm really excited to see Eric Kelly fight again, but he has a very tough fight against Bae Young Kwon. It’s also been exciting to see how rapidly some of our fighters like Zorobabel Moreira and Eddie Ng are improving; they are just getting better all the time.

Despite your dedication to promoting Asia's best fighters, you have also featured many talented fighters from outside the continent. Do you think that in order to achieve sustained worldwide popularity you will need to feature fighters from all over the world, or do you envision a primarily Asian roster in the long run?

While we are based in and focused on Asia, ONE FC is a global property and we have fans all around the world. We want to create a show that is locally relevant and has champions and national heroes that Asians can relate to and support, but we also need to make sure we have a show which is relevant to our global fans, and that's why we put international stars on the card.

I've read that your goal is to become the “Asian UFC.” This seems like a daunting prospect, as the UFC also recruits some of the best fighters from Asia, and the UFC is widely regarded as the sport's premier league. How will you combat this and convince Asia's top talents to fight for your organization instead?

One FC looks at finding ways to work with the UFC as much as we can, and I am in regular dialogue with [UFC Asian Operations Director] Mark Fischer. He came out to our last event to see what we were doing, and we were the only Asian organization invited to their Japan event to meet with Dana White and Lorenzo Fertitta. We want to focus on what we do best, which is developing and showcasing Asian fighters and finding ways we can work with every organization that wants to grow MMA in Asia.

News Corporation recently bought out Disney's 50 percent ownership stake in ESPN STAR Sports (ESS), an organization in which you previously served as a senior director. One FC signed a 10-year broadcast deal with ESS in January. What do you think this change means for your promotion?

The change in corporate structure at ESPN STAR Sports is fantastic news for One FC. It's something the industry has been talking about for several years, and it has finally happened. It's good for the sport, because STAR Sports is the definitive sports brand in Asia that has always focused on showcasing a lot of Asian sports. I don’t know what the changes are for ESPN in the region and how quickly those changes will take place, but we are in close dialogue with them and ONE FC content will continue to be on both ESPN and STAR Sports.

ONE FC is based in Singapore but has already held an event in Indonesia and is currently headed to Malaysia. Where else are you going? Could fans see an event on Japanese or Indian soil in the coming year?

We have eight events scheduled for this year, and we are expanding to do 18 events next year. [It will be] a nine city tour [during which] we will go to each city twice. We are just finalizing the venues, and we will be announcing that soon.