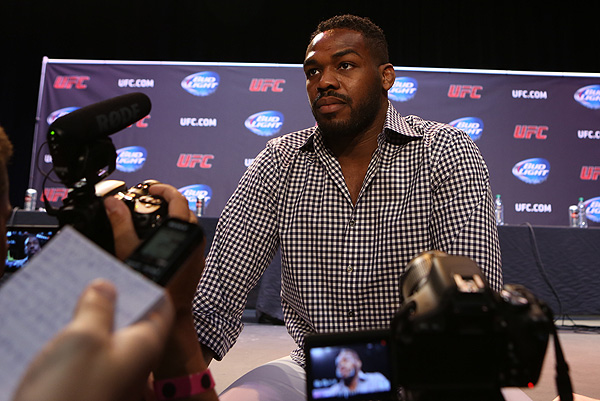 Jon Jones will not serve any jail time. | Dave Mandel/Sherdog.com


Jon Jones will not serve any jail time after a judge sentenced the ex-UFC champion to 18 months probation for fleeing the scene of a hit-and-run accident in April.

With UFC President Dana White in attendance, Jones entered a guilty plea to Judge Charles W. Brown in Albuquerque, N.M.’s, Second Judicial District Court on Tuesday. Brown accepted Jones’ plea without adjudication and granted the fighter a conditional discharge. In addition to 18 months’ probation, Jones will be required to make 72 appearances doing charity work and speaking with children. There will be no felony conviction for Jones as long as he meets all the conditions of his probation. Once the 18 month period is complete Jones will have another hearing where he will be re-sentenced and potentially given early release.


Advertisement
Jones will iikely be free of travel restrictions should he be reinstated by the UFC. The Las Vegas-based promotion released a statement regarding Jones shortly after his court appearance.

“The UFC organization is aware that Jon Jones reached a plea agreement with authorities in Albuquerque, N.M., this morning stemming from charges associated with a motor vehicle accident earlier this year. As a result, UFC, through Las Vegas-based law firm Campbell & Williams, will thoroughly review the agreement before discussing Jones’ possible reinstatement to return to competition,” the statement read. “More information will be made available following completion of this review.”

According to an Albuquerque Police Department arrest warrant, Jones ran a red light and crashed a rented Buick SUV into another vehicle driven by a pregnant woman on April 26. Jones then allegedly left the car before returning to grab a handful of cash and fleeing the scene again. The victim, Vanessa Sonnenburg, suffered a broken arm as a result of the accident. Police found documents identifying Jones inside the vehicle as well as a marijuana pipe. Jones turned himself in to Albuquerque police 24 hours later. He was subsequently suspended indefinitely by the UFC and stripped of his light heavyweight title.

“I want to apologize to Ms. Sonnenburg’s team, all the offices who were involved that day, all the people who support me that I’ve embarrassed, my family, mainly Vanessa Sonnenburg and her family for all the heartache that I must have put them through,” Jones said in court. “I’m here to accept full responsibility for what happened, for my actions, and I’m really hoping that you guys can give me an opportunity to redeem myself.”

Jones’ attorney, Vincent Ward, said that Sonnenburg has dealt with no lingering issues as a result of the injury.

Jones has not competed since Jan. 3, when he earned a five-round unanimous decision victory over Daniel Cormier at UFC 182 in Las Vegas. Cormier claimed the vacant 205-pound belt with a submission triumph against Anthony Johnson at UFC 187 in May. He will make his first title defense against Alexander Gustafsson at UFC 192 on Saturday.

The 28-year-old Jones released a statement through his management shortly after the court’s ruling.

“With regards to today's decision made by the court, I am very happy to now be able to put this incident behind me. My actions have caused pain and inconvenience in the lives of others and for that I am truly sorry and I accept full responsibility,” Jones said. “I have been working hard during this time away from my sport to grow and mature as a man and to ensure that nothing like this happens again. I have learned a great deal from this situation and I am determined to emerge a better person because of it.

“I apologize to those who were affected by my actions in this incident and I am hopeful that I will be given the opportunity to redeem myself in the eyes of the public, my family and friends as well as my supporters. I am not sure what the future holds for me but I plan to continue to do the work needed to be productive and successful in every aspect of my life.”