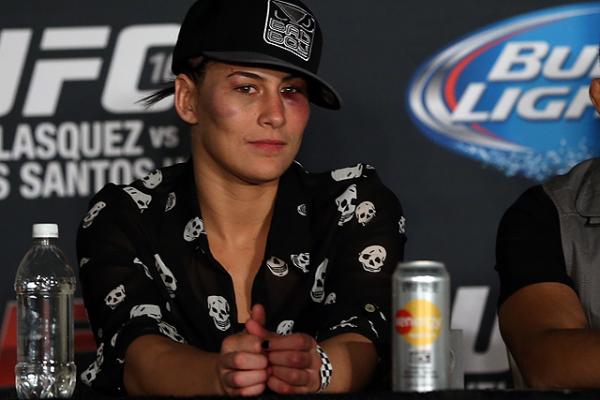 Jessica Eye has one less win on her ledger today. | Dave Mandel/Sherdog.com


The Texas Department of Licensing and Regulation has changed Jessica Eye’s UFC 166 victory over Sarah Kaufman to a “no decision.”

TDLR official Jerri Dix on Friday emailed Sherdog.com the overturned result, though a reason was not given for the change. Sherdog.com attempted to contact the TDLR on Saturday, but neither Dix nor Assistant Program Administrator Greg Alvarez could be immediately reached for comment.

Eye edged Kaufman in a split decision at the Oct. 19 event, which took place at Houston’s Toyota Center. The show was headlined by a heavyweight title rubber match between Cain Velasquez and Junior dos Santos, with Velasquez retaining his title via fifth-round technical knockout.

Eye and Kaufman’s undercard bout was a competitive one, with each of the bantamweights scoring with meaningful offense throughout the 15-minute contest. Judges Ruben Najera and Jon Schorle scored the bout 29-28 for Eye, while judge Gino Garcia dissented with a 29-28 score for Kaufman.