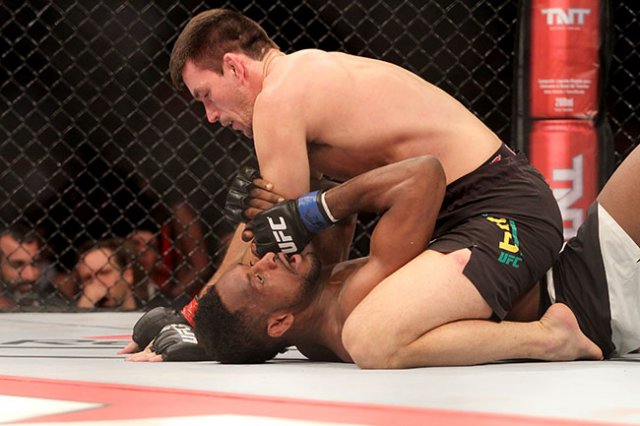 
Neil Magny was not in Demian Maia’s league.

Maia submitted Magny with a second-round rear-naked choke and slowed his rise within the Ultimate Fighting Championship welterweight division at UFC 190 “Rousey vs. Correia” on Saturday at the HSBC Arena in Rio de Janeiro. Magny (15-4, 8-3 UFC) wilted 2:52 into round two.

Maia (21-6, 15-6 UFC) was in prime form. The 2007 Abu Dhabi Combat Club Submission Wrestling World Championships gold medalist executed a takedown inside the first 30 seconds and rolled from there. He advanced to mount on multiple occasions in the first round and suffocated Magny from the top. The scene repeated itself in round two but this time slid from the mount to the back, setting his hooks before fishing the choke. Magny fought to free himself, but his efforts went for naught and he was left no choice but to tap. 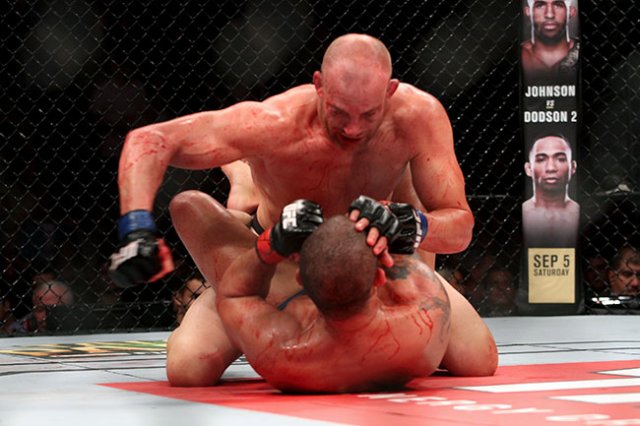 Cummins (8-2, 4-2 UFC) combined relentless takedowns with a heavy top game and punishing ground-and-pound to methodically break down the Brazilian. Cavalcante exacted a surprising amount of damage with a limited number of punches -- referee Mario Yamasaki paused the action in the second round to have the bruised and bloodied Cummins examined -- but he lacked the conditioning and resolve necessary to keep the American wrestler at bay.

The 34-year-old Cummins struck for an immediate takedown in the third round, moved to a dominant position and uncorked a hellacious burst of elbows for the finish. 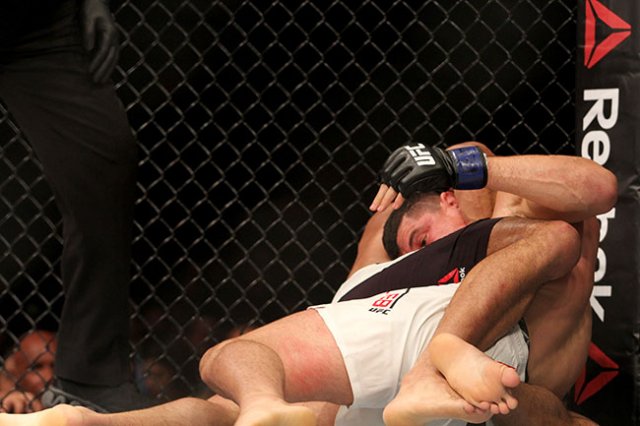 Alves (9-0, 3-0 UFC) stifled the Tristar Gym standout with takedowns and top control. Taleb’s desperation grew as the fight moved forward, and late in the second round, the Frenchman shot for takedown along the fence. The unbeaten Alves snatched the guillotine, jumped to guard and coaxed the tapout.

The loss was Taleb’s first since September 2012. 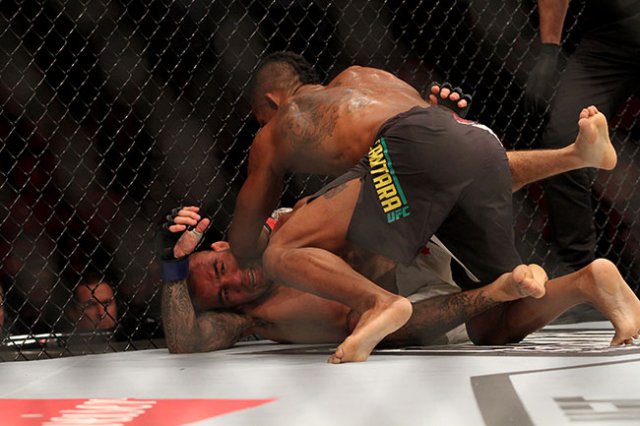 Issa (13-5, 2-2 UFC) enjoyed some early success, as he used Alcantara’s ill-advised bid for a triangle choke to take top position inside round one. He climbed to half guard, passed to side control and ultimately achieved full mount. Unfortunately for the 31-year-old grappler, the opportunity to finish did not present itself. Issa had nothing to offer on the feet.

Alcantara sprawled out of takedowns and blasted away with straight lefts, body kicks and knees throughout the second and third rounds. He countered a single-leg takedown with an attempted kimura in the third, settling in top position above his bloodied adversary. From there, Alcantara postured and punched, nearly scoring the stoppage with a late surge. 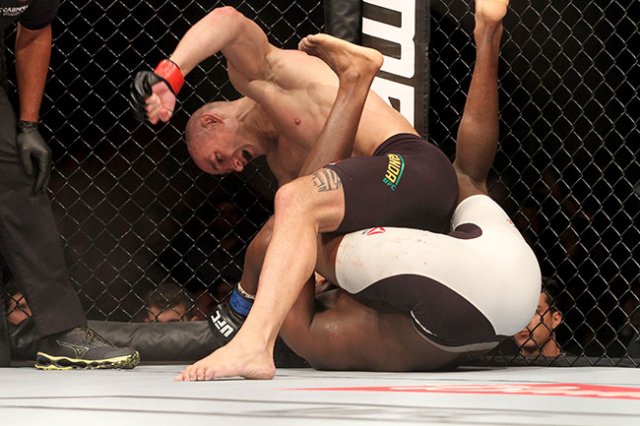 Hester (11-5, 4-2 UFC) was dogged in his pursuit of the takedown, but his efforts proved fruitless. Miranda remained calm under pressure, allowed fatigue to take hold of his Atlanta-based counterpart and went to work. He advanced to top position in both rounds. In the second, Miranda countered a Hester takedown with a knee to the head, tossed him aside and unleashed his ground-and-pound. He soon gift-wrapped Hester’s left arm, leaving him defenseless for the fight-ending barrage of punches that came next. 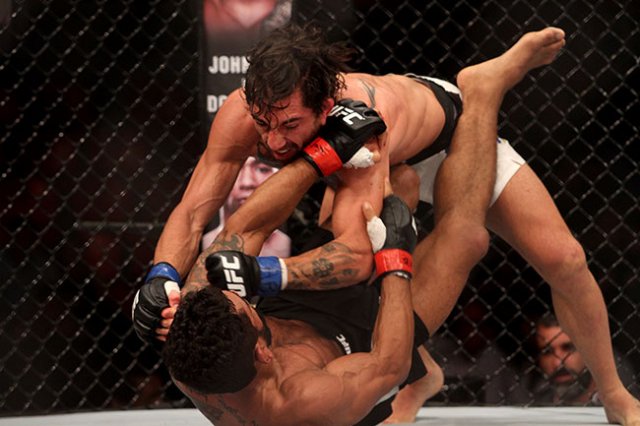 (+ Enlarge) | Photo: Gleidson Venga/Sherdog.com
Cannetti slipped by Viana to open the card.
Guido Cannetti won for the fifth time in six appearances, as he captured a unanimous decision over Champion Team export Hugo Viana in a three-round undercard clash at 135 pounds. Cannetti (7-2, 1-1 UFC) swept the scorecards with 29-28 marks from all three judges, as the Argentine went the distance for the first time in his career.

Viana (8-3, 3-3 UFC) struggled to string together effective offense and relied heavily on the clinch. Cannetti staggered the Brazilian with a second-round head kick and capitalized on lack of aggression from the “Wolverine” in the third, where he executed a pair of late takedowns, slid to half guard and chewed up the remaining clock with some ground-and-pound.

The 32-year-old Viana has lost three of his last four bouts.