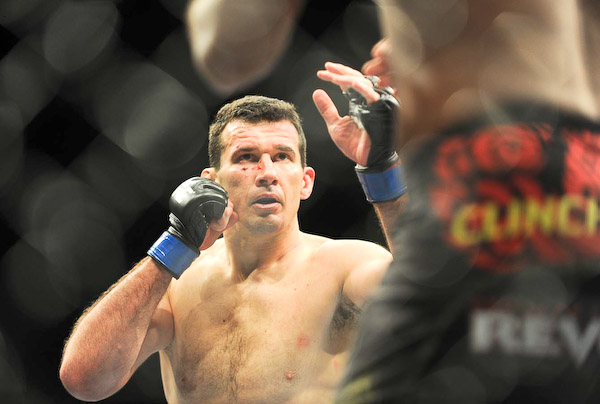 Anthony Perosh will once again compete for the UFC on home soil, as “The Hippo” has been booked to face fellow light heavyweight Joey Beltran at UFC on FX 6.

UFC on FX 6 takes place at the Gold Coast Convention and Exhibition Centre in Gold Coast, Australia, and will serve as the finale for “The Ultimate Fighter: Australia vs. U.K.” Lightweight coaches Ross Pearson and George Sotiropoulos are slated to headline the event, which airs on Dec. 14 live on FX in the United States.

Perosh, 40, recently saw a three-fight winning streak snapped by former MFC champion Ryan Jimmo, who knocked the Aussie cold in just seven seconds at UFC 149 in July. Prior to that setback, the grappler notched victories over Tom Blackledge and Cyrille Diabate last year before kicking off 2012 with a first-round technical knockout of Nick Penner at UFC on FX 2 in March.

Beltran is still searching for his first UFC victory at 205 pounds. The former heavyweight battler slimmed down for a hard-fought but ultimately unsuccessful Octagon return against heavy-handed New Zealander James Te Huna on July 11. A full decade younger than his upcoming opponent, Beltran has lost five of his last seven bouts, with his most recent UFC victory coming over Aaron Rosa 15 months ago at UFC 131.