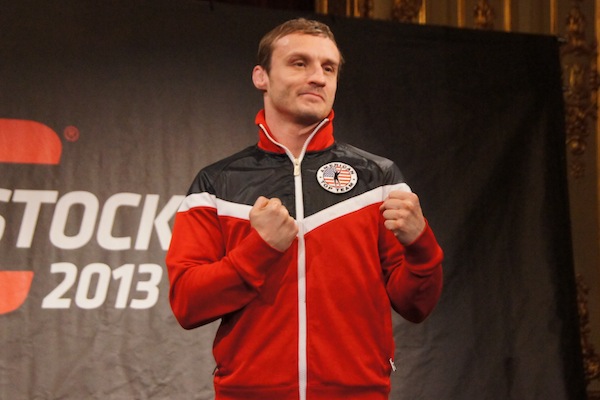 Brad Pickett and Mike Easton each pocketed an extra $60,000 for their three-round bantamweight thriller at UFC on Fuel TV 9.

UFC President Dana White announced after the event that Pickett (Pictured, file photo) and Easton had won “Fight of the Night” honors for Saturday’s 13-bout card in Stockholm. Swedish lightweight Reza Madadi picked up $60,000 for “Submission of the Night,” while Irish featherweight prospect Conor McGregor earned the same amount for his “Knockout of the Night” victory.


Advertisement
On the evening’s main card, Pickett outlasted Easton in a back-and-forth affair which saw several momentum changes. Ultimately, it was the diverse attack of the hard-hitting Englishman which earned him two 30-27 scorecards, while one judge sided with Easton by a score of 29-28.

One of Sweden’s most popular fighters, “Mad Dog” Madadi stormed back from a scary first round which saw him floored by a tricky head kick from opponent Michael Johnson. Madadi came back to win the second round with his wrestling before forcing Johnson to tap to a brabo choke at 1:33 of the third frame.

In an impressive UFC debut, McGregor took just 67 seconds to wipe out Marcus Brimage. A series of uppercuts on the feet preceded a vicious ground-and-pound assault from the 24-year-old, who racked up his 12th knockout in 13 wins.

UFC on Fuel TV 9 was headlined by a 205-pound affair which saw former Strikeforce champ Gegard Mousasi win a lopsided decision against late replacement Ilir Latifi. The event drew 14,506 spectators to Stockholm’s Ericsson Globe Arena for a live gate of $2,710,530, according to the UFC.
Related Articles
Latest News
ALLUFCBELLATORPFLONE